Book review: How much is enough? 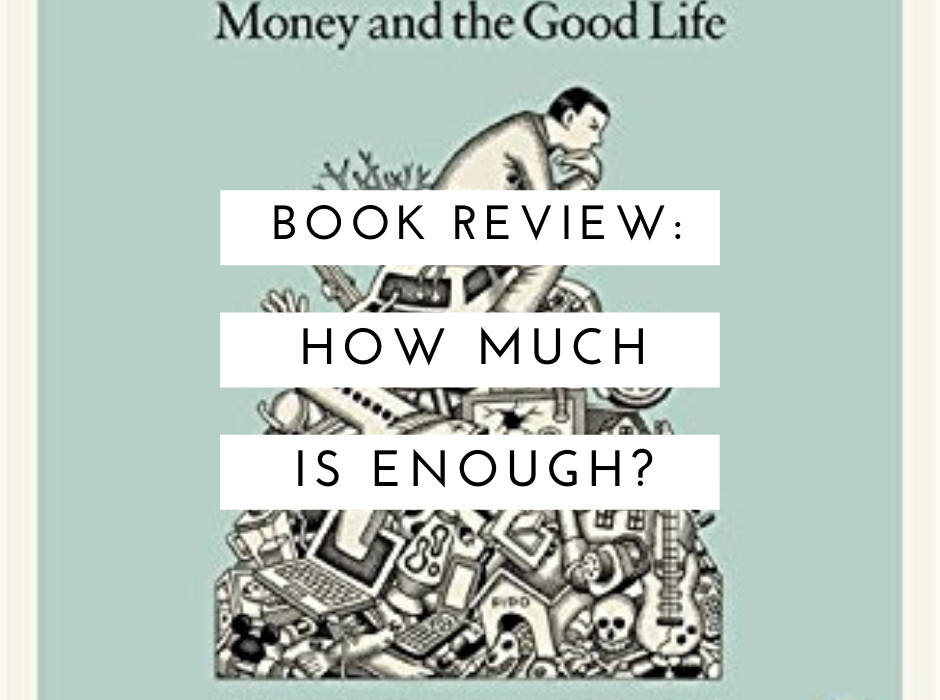 How much is enough for you?

“And just what exactly constitutes the good life? Surely that must be different for everyone,” you might counter, assuming you were keen to venture down this conversational path.

The authors suggest that the good life can be broken down into seven components, namely health, security, respect, personality (e.g. autonomy), harmony with nature, friendship, and leisure.

This book has been described as “a provocative and timely call for a moral approach to economics, drawing on philosophers, political theorists, writers, and economists from Aristotle to Marx to Keynes.” It seeks to answer the questions, “What constitutes the good life? What is the true value of money? Why do we work such long hours merely to acquire greater wealth?”

This book took me some time to get through. Though it can be a bit dry sometimes, with economic graphs and long sections about ancient philosophy, overall I found it to be intellectually stimulating, engaging and fairly well-reasoned.

There are some contentious points made about both limits to growth and climate change. Along the lines of steady-state economic theory, the authors feel that once we have achieved a certain level of growth, or wealth – enough to live ‘the good’ life’ – we should no longer need to grow more, or acquire more wealth. I know that many people would disagree with this statement. However, I agree with their point that the relentless pursuit of wealth for the sake of wealth alone – outside of its use as an instrument to acquire the items of the good life for oneself or others – is nonsensical. It was also interesting to note that John Maynard Keynes’ predictions about growth have come true, but his theory that we would in turn work fewer hours has not.

What I don’t agree with is their dismissal of climate change as a valid reason to reconsider the imperative of economic growth (on the basis of the presumed uncertainty of the costs and science).

Some of my key takeaways from the book are:

Overall, if you are interested in a philosophical and alternative approach to economics, I recommend giving this book a shot!

You can find it here on Amazon. (Not a sponsored link).

Have you read it? Are you interested to? Let me know in the comments.

Tags: Book review, economics, How much is enough, Money, The good life

Waste, packaging and pollution: Whose problem is it?

How would a steady-state economy work?

Leave a Reply to Moe Cancel